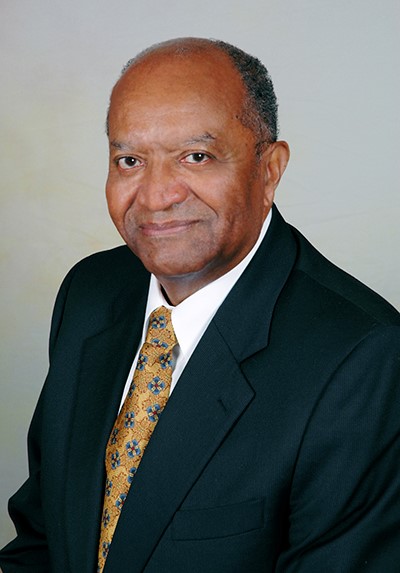 Retired MSU vice president and emeritus professor Percy A. Pierre will serve in yet another national leadership role – as chair of the National Academy of Engineering (NAE) Racial Justice and Equity Committee.

“Current events underscore how critical it is for us to redouble our efforts to include the perspectives of everyone as we build the future world that we want,” Anderson said, “one in which we are all value equally. Engineers serve society, and to be effective engineers must be aware of societal problems in all dimensions.”

The NAE committee includes 12 current and former university and corporate executives and is tasked with:
• Recommending ways to make NAE members and the general engineering community aware of racial injustice and inequity.
• Recommending initiatives designed to increase the percentage of engineering degrees in higher education achieved by African Americans.
• Developing strategies to increase the number of underrepresented minorities in the highest leadership positions of the NAE.
• Recommending ways that technology can be used to improve racial justice.
• Developing strategies for fundraising to achieve these tasks.

“The NAE has a long history of working for diversity and equity in the engineering profession and I am pleased to lead this committee as we focus not only on equity but racial justice,” Pierre said. “There is a much greater awareness of racism today but awareness without action changes nothing. It is my hope this committee can foster greater action with measurable outcomes at the NAE and guide programmatic efforts.”

This new role will add to Pierre’s extensive resume of service after a 50+ year career as an engineer, researcher, administrator, faculty member, and HistoryMaker. At MSU, his academic titles included vice president emeritus and professor of electrical and computer engineering.

In 28 years at MSU, he mentored more than 200 minority and non-minority engineering master’s and doctorate graduate students in engineering.

He retired from MSU in 2018 as one of the most celebrated members of the MSU College of Engineering – or any engineering college in America. He was the first Spartan Engineer elected to the NAE.

He is considered by many as the country’s principal architect of programs to recruit, retain, and graduate minorities and students from underrepresented populations in the multi-disciplinary fields of engineering.

Read more on Pierre’s NAE Racial and Equity Justice role and his time at MSU.

“My experiences at MSU will be valuable in this task,” Pierre added. “I hope things are going well for MSU and the College of Engineering.”