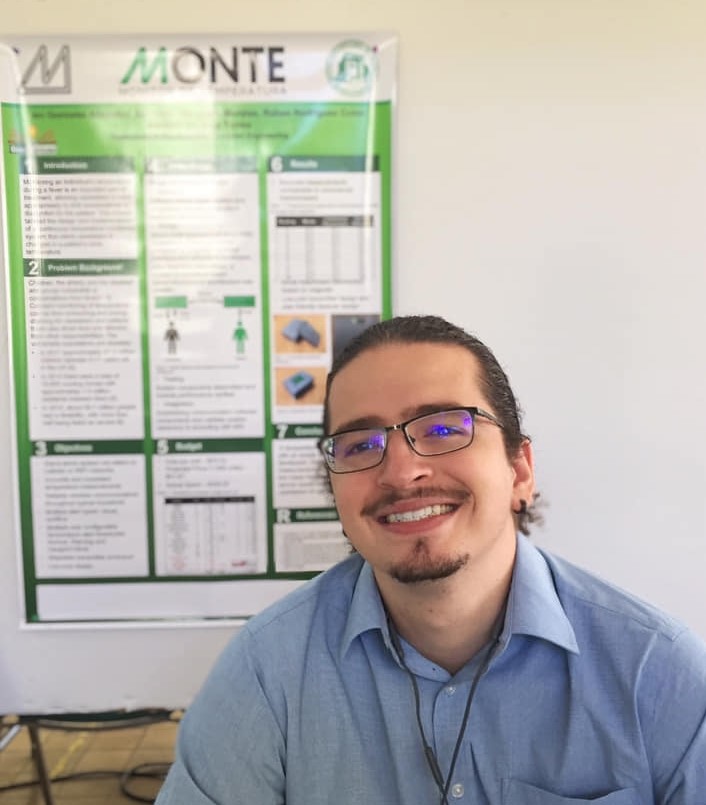 Ian González-Afanador has been awarded the NSF Fellowship. Congratulations!

Ian Gonzalez-Afanador is a second year PhD student in the Department of Electrical and Computer Engineering, supervised by Nelson Sepulveda, professor of the Department of Electrical and Computer Engineering. Originally from Manatí, Puerto Rico, he went to high school at the Mayagüez Educational Opportunities Residential Center (CROEM for its acronym in Spanish) a public boarding school specialized in science and math.  He did his undergraduate studies at the University of Puerto Rico – Mayagüez, majoring in electrical engineering with a focus on control systems and analog circuit design. He has had internships with Honeywell Aerospace and Lockheed-Martin Sikorsky and has participated in summer research programs at the University of Virginia, Michigan State and Georgia Tech. His current research focuses on the development of sensors for the detection of invasive sea lamprey in the Great Lakes and the development of piezoelectric-based anti-fouling systems for light sources used in algal cultivation.

With his NSF GRFP proposal Ian is looking to combine both focuses into a single project.  He plans to build off his previous work, adapting the interdigitated electrode (IDE) sensors he developed for lamprey detection to provide real-time monitoring of underwater biological accumulation, commonly referred to as biofouling. The project focuses on optimizing the design of the IDE sensors for this purpose, exploring different geometries and material combinations to find an adequate balance between sensor sensitivity, cost and ease of manufacture. The final stage of the project includes demonstrating a practical application of the devices as a feedback signal for an anti-biofouling system in an algal cultivation setting. This has the potential to reduce operational costs and maintenance downtimes associated with algae farming making algae-derived products such as biofuels, animal feed and pharmaceutical compounds cheaper and more accessible. Additionally, Algal cultivation systems can be set up to sequester small amounts of waste gases from power plants, such that wider adoption of these systems could also help improve air quality in the surrounding communities. The proposed sensors also have possible applications in wildlife monitoring, monitoring and maintenance of marine structures and water processing plants.