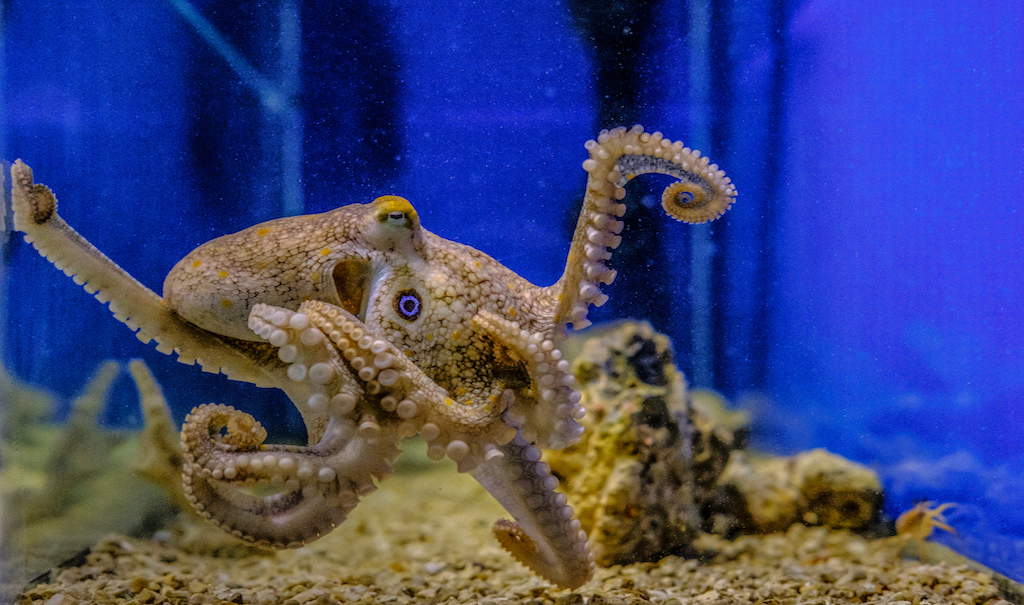 Xiaobo Tan, Professor of Electrical and Computer Engineering, is part of the team led by Galit Pelled, Professor of Biomedical Engineering, that received a $2.35M NIH award to analyze the impulses that drive the infinitely complex movements of an octopuses’ eight arms.

With funding from the NIH Brain Initiative Award, Pelled and her team will be studying the relatively small California octopus, four of which reside in separate saltwater tanks equipped with waterproof motion capture cameras. Using video recordings and artificial intelligence, Pelled and her team of scientists are gathering detailed information on how an octopus waves its tentacles and grabs objects. The movement information is gathered by electrodes implanted in the octopus’ arms. Artificial intelligence software is then used to efficiently follow, analyze and characterize the animal’s motion. Pelled expects their discoveries will be later used to control the movement of limbs.