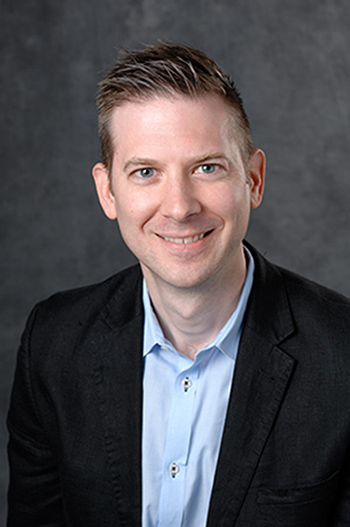 The objective of the YFA program is to identify and engage rising research stars in junior faculty positions at U.S. academic institutions, with the long-term goal of developing the next generation of academic scientists, engineers, and mathematicians to focus a significant portion of their career on Department of Defense and national security issues.

Nanzer will use the two-year, $400,000 award to create technologies enabling separate, small wireless systems to collaborate as a single system.

“By wirelessly combining the operations of multiple systems into a coherent distributed array, dramatic improvements in capability can be gained in radar, remote sensing, and communications applications,” Nanzer said. “Rather than redesigning new and larger systems when performance increases are needed, small and cheap nodes can simply be added to the distributed system, reducing cost and development time.

“The aim is to develop methods for precise coordination between multiple nodes and explore the new capabilities enabled by coherent distributed arrays,” he added.

“Jeffrey is an excellent example of the new faculty members we have attracted to MSU and the Department of Electrical and Computer Engineering,” said John Papapolymerou, MSU Foundation Professor and chair of the Department of Electrical and Computer Engineering. “His groundbreaking work in the area of coherent distributed arrays will revolutionize future radar, communication, and sensing systems and offer significant advantages for defense and security applications. This is a well-deserved honor for Jeffrey.”

In 2008-09, he was with the University of Texas Applied Research Laboratories in Austin as a postdoctoral fellow designing electrically small HF antennas and communications systems. From 2009 to 2016, he was with the Johns Hopkins University Applied Physics Laboratory where he created and led the Advanced Microwave and Millimeter-Wave Technology Section.

He has published more than 50-refereed journal and conference papers, is the author of Microwave and Millimeter-Wave Remote Sensing for Security Applications (Artech House, 2012), and co-author of the chapter “Photonics-Enabled Millimeter-Wave Wireless Systems” in the book Wireless Transceiver Circuits (Taylor & Francis, 2015).