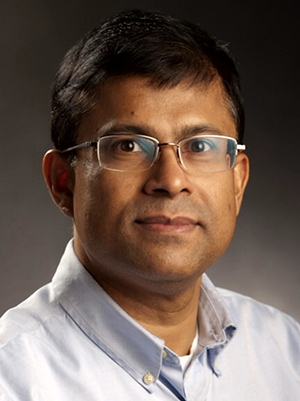 Subir Biswas, a professor of electrical and computer engineering is on a team of Michigan State University researchers working on a NASA-funded project that could aid future missions to Mars and beyond. Other faculty members on the team are MSU psychology colleagues Steve Kozlowski and Chu-Hsaing (Daisy) Chang,

Biswas said his focus is on wearable technology to prepare future workers to collaborate in space.

Researchers examined the cohesiveness of teams that worked for long periods of time in isolated, confined and extreme environments referred to as “ICE environments.” The teams involved in the research worked in the slopes of the Mauna Loa volcano in Hawaii, which mimicked the surface and desolate environment of Mars.

The researchers examined the NASA team’s dynamics every week for one year. They discovered that the destabilization and breakdown of social cohesion occurs at four to seven months into missions.

"Using our novel wearable sensors and statistical machine learning models, we are able to infer human body language and emotion that are crucial for evaluating the health of a team, especially in isolated work environments," Biswas said. "We are now applying the same technology for Autism and other mental disorders."

The astronauts wore a team interaction sensor, or TIS, which resembleas a badge-like device. The TIS captured team interactions, as well as measured physiological factors to determine moods, especially when near others who also wore the technology. It allowed researchers to gather more accurate data than would have been attained using self-reporting or questionnaires.

“We’ve noticed that after this amount of time that one or more team members begin to fluctuate on their cohesion perceptions and there is contagion across the team,” Kozlowski said. “This is a result of the stresses caused by living in these ICE environments.”

Biswas and Kozlowski hope that their team’s insights, coupled with the use of TIS technology, will help scientists better understand team cohesion. The research can apply to those traveling to space, but also for other kinds of teams, like those in the everyday workforce.

The team presented their research at the American Association for the Advancement of Science annual meeting, where it was also featured in a symposium entitled, “Understanding and Enabling Teams for Future Missions to Mars.”